An open-source reimplementation of the game "Chip's Challenge".

Tile World is a reimplementation of the game "Chip's Challenge". The player controls Chip, navigating him through his challenges. The object of each level of the game is to find and reach the exit tile, which takes you to the next level. The levels contain many different kinds of obstacles, creatures both hostile and indifferent, tools, protective gear — and, of course, chips.

"Chip's Challenge" was created by Chuck Sommerville, and was originally written for the Atari Lynx handheld game console. "Tile World" was his working title for the game. It was subsequently ported to several other platforms, including Microsoft Windows (16-bit).

In 2001, Brian Raiter began writing "Tile World" with the intention of recreating a version of the MS game for the Linux platform. At the encouragement of Chuck Sommerville, this project was expanded to include the goals of recreating the original Lynx game as well, and also making the program work under MS Windows in addition to Linux. Brian Raiter continued to make improvements to the program until 2006, when Tile World 1.3.0 was released.

Tile World 2 has now been unleashed, featuring numerous improvements to the game, mainly in the user interface. 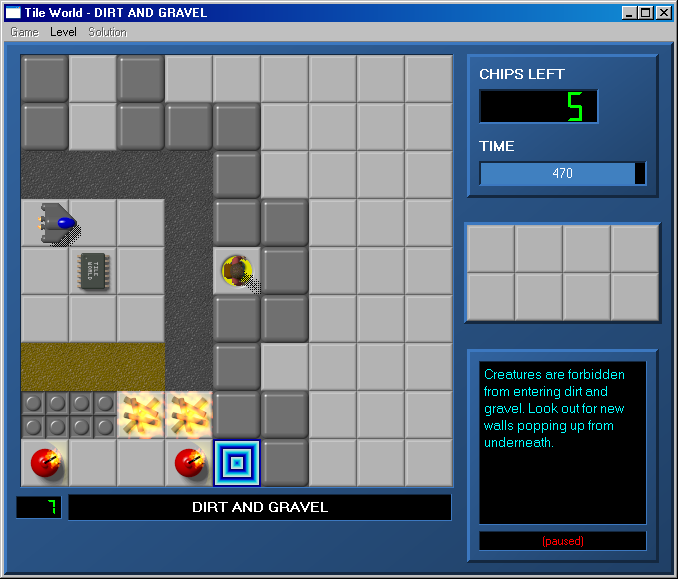 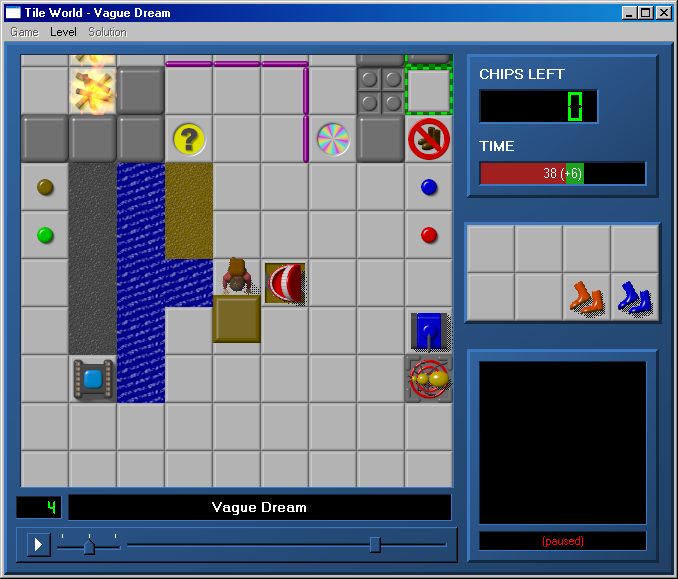 You can get earlier versions of Tile World here (Linux and Windows) and there (Mac OSX).